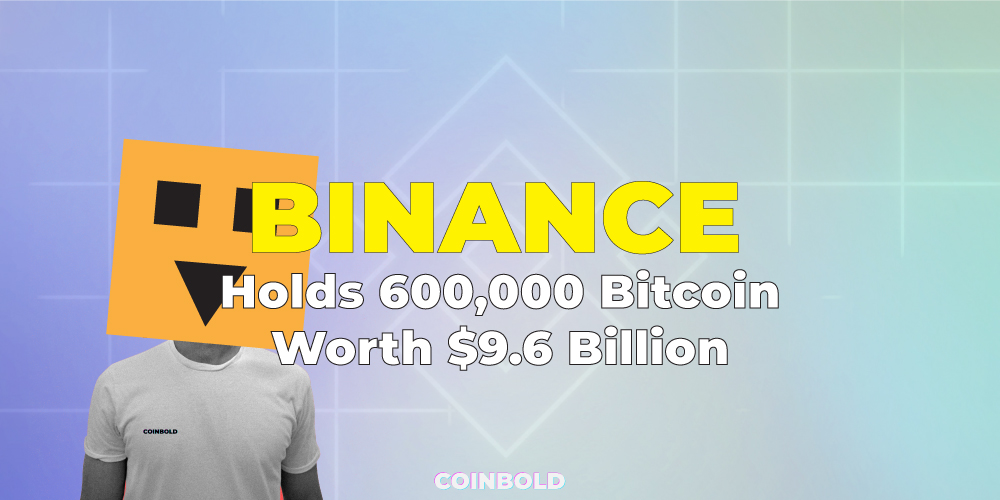 The Bitcoin balance of Binance, the world’s largest cryptocurrency exchange, has risen significantly over the past month following the collapse of FTX, with total holdings now nearing 600,000 BTC.

According to data by crypto analytics platform Coinglass, Binance currently holds over 575,000 BTC coins, having added more than 137,011 coins just over the past week and a total of 67,347 BTC coins over the past month.

The current price of Bitcoin is about $16,000, which means that the total amount of Bitcoin held by Binance is worth more than $9 billion. The new increase in Binance’s BTC hoard comes at a time when customer trust in other, smaller exchanges is continuing to deteriorate as a direct result of the extraordinary fall that FTX experienced.

According to Coinglass, the exchanges Coinbase Pro, Bitfinex, Gemini, and Kraken are the second through fourth biggest holders of Bitcoin after Binance. These four exchanges own a total of 528,900, 345,597, 153,212, and 70,622 coins respectively. Only one of the top five cryptocurrency exchanges, Binance, has seen a net increase in the amount of Bitcoin traded during the last seven days.

When measured in terms of trading volume, the cryptocurrency exchange known as Binance is the biggest of its kind in the world. The exchange has been front and center in the media as of late, notably as a result of its role as a participant in the drama surrounding FTX. The exchange first entered into a non-binding agreement to purchase the struggling FTX, but they backed out of the transaction the next day.

What exactly is “Proof of Reserves,” and why is it necessary for exchanges to provide this information?

As a result of the remarkable failure of FTX, which was once the third largest cryptocurrency exchange and gained a reputation as crypto’s bail-out king during the recent crypto meltdown, many individuals working in the cryptocurrency industry have expressed concern regarding the dependability of centralized players.

Crypto executives have begun to share proof of reserves in an effort to dispel the widespread skepticism surrounding their industry. Merkle Trees are utilized in the Proof of Reserves system in order to collect data and obtain a set of fingerprints. These fingerprints provide users with the ability to verify that the funds associated with their account have been appropriately audited by a third party.

The past few days have seen a number of the largest cryptocurrency exchanges publish their proof of reserves, thereby disclosing the quantity and types of cryptocurrencies that they hold on customers’ behalf as well as the total value of those reserves. The cryptocurrency exchange Binance was one of the very first to do so, followed shortly thereafter by Crypto.com, Bybit, and Huobi.

However, as reported, crypto investment firm Grayscale has refused to share its proof-of-reserves, citing “security concerns.” In a recent Twitter thread, the company said major cryptocurrency exchange Coinbase, which is used by Grayscale as custodian, frequently performs “on-chain validation.”

However, the move has stirred up speculation about the financial health of Grayscale. “I wasn’t concerned about GBTC solvency until reading this statement. Please explain how proof of reserve is a security risk?” one Twitter user said.

I wasn’t concerned about GBTC solvency until reading this statement, please explain how proof of reserve is a security risk?