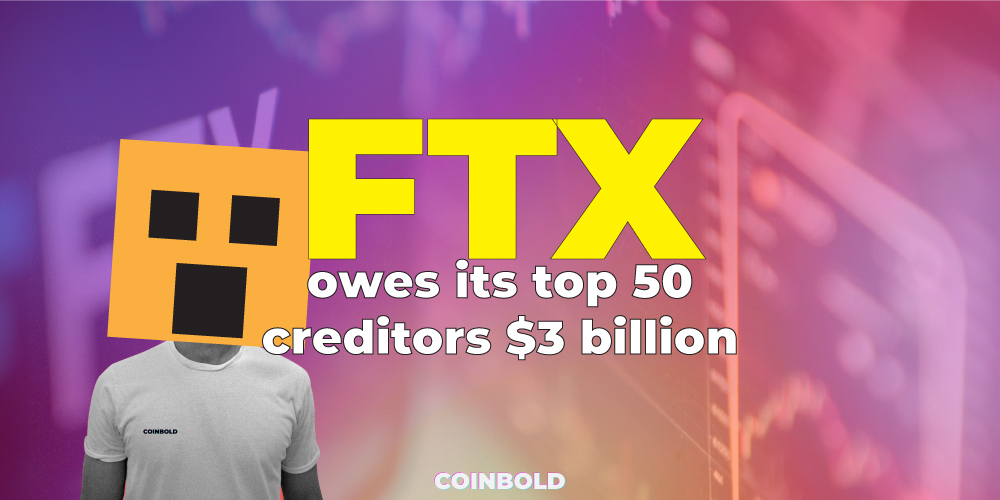 According to a court filing submitted to U.S. Bankruptcy Court in Delaware, the collapsed FTX Trading LTD owes over $3 billion to its top 50 creditors.

As per the filing, FTX owes the top creditor $226 million and its fiftieth-largest creditor about $21 million.

The 10 largest creditors of FTX alone have unsecured claims totaling more than $100 million each and more than $1.45 billion overall.

The filing done by bankruptcy lawyers states, “The Top 50 List is based on the Debtors’ currently available creditor information, including customer information that was able to be viewed but is not otherwise accessible at this time.”

FTX increased the number of prospective creditors in a filing last week from 100,000 to 1 million. Because naming them or disclosing information about their headquarters could alert predatory firms, FTX did not do either in the filing.

The authorities in charge of regulation in the Bahamas are challenging the jurisdiction of the court in Delaware. In accordance with their desires, it is recommended that the processes be carried out in New York under a different kind of bankruptcy.

As of last week, Genesis Trading revealed that its derivatives firm now has around $175 million in locked money in the FTX trading account. The claim that the third biggest creditor has is for $174 million, and it is possible that this claim belongs to Genesis Trading.

Sullivan & Cromwell and Landis Rath & Cobb have been retained by FTX to act as the company’s bankruptcy counsel. The First Day Hearing of FTX’s Chapter 11 bankruptcy case is scheduled to take place on Tuesday in Wilmington, Delaware.