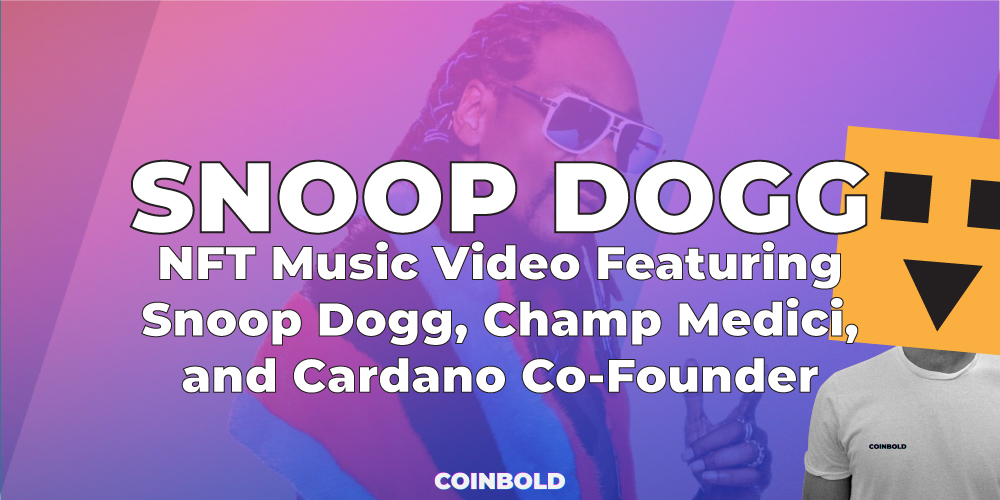 The official music video for Snoop Dogg’s (or under the alias Cozomo de’ Medici) and Champ Medici’s single “Bron and Bronny” has been released by NFT project Clay Nation. The collaboration includes “iconic” NFTs and Charles Hoskinson, co-founder of Cardano.

The American hip-hop musician had earlier announced an NFT partnership with the ‘Clay Mates’ NFT project, which was based on the cryptocurrency Cardano.

Later on, the partnership was revealed with Charles Hoskinson, who featured in the video announcing it as two Clay personas that had been made for the rap veteran and Champ Medici respectively.

Characters playing Snoop Dogg, his son, and Charles Hoskinson, inventor of Cardano, perform a famous rap reprise of what turns out to be simply a dream in the music video, which merges Snoop Dogg’s characteristic clay realism with our daily world.

Since the publication of the video, the volume of traded NFTs in the collection is said to have exceeded 100,000 ADA, and the number of sales has reached 27 NFTs with an average value of 4019 ADA.