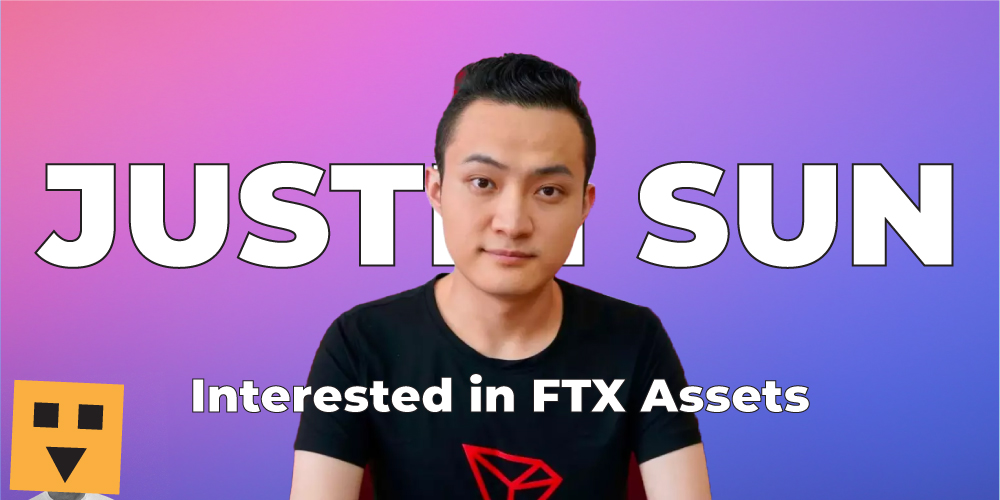 Justin Sun, the founder of Tron and a billionaire, as well as his associates have stated that they are open to “any kind of deal.”.” They are interested in purchasing FTX assets as they evaluate them one by one from Sam Bankman-Fried’s defunct FTX empire.

“We are open to any kind of deal. I think all the options [are] on the table. Right now, we are evaluating assets one by one, but as far as I understand the process is going to be long since they are already in this kind of bankruptcy procedure.”

The period of time during which FTX was in the public eye came to an end when the company filed for bankruptcy earlier this month. Justin Sun, the inventor of Tron, has been quite public in his support for FTX and its former CEO Sam Bankman-Fried (SBF), and he is now making an effort to give extra aid.

According to Justin Sun, an adviser for the Huobi Global digital asset exchange, his team, which includes members of both Tron and Huobi, is now in the Bahamas with the purpose of holding discussions with FTX.

“The fall of SBF will leave a very negative impression on mainstream American society about the cryptocurrency industry,” he said.