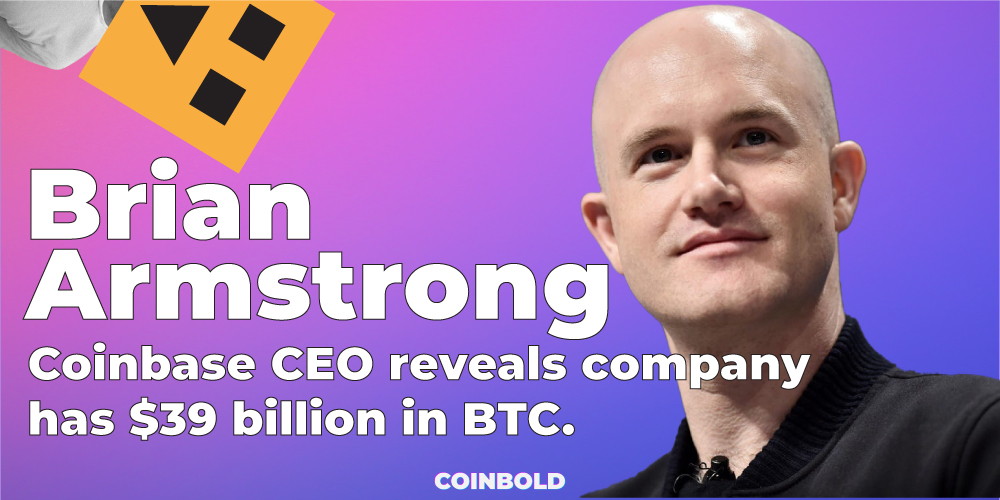 As major crypto exchanges are intensifying efforts to assure customers and investors of their stability, Brian Armstrong, the CEO of Coinbase, has revealed that his company holds crypto reserves that include some BTC 2 million worth about $39.9 billion.

“We hold ~2M BTC. ~$39.9B worth as of 9/30,” the CEO tweeted, making a reference to the company’s disclosed financial results for the third quarter of this year.

“We all need to come together to build this industry in a responsible way going forward. Be wary of false information,” according to Armstrong.

The businessman also referred his followers to Coinbase’s shareholder letter for the same period of 2022.

Amid a crypto market downturn, Coinbase has posted disappointing results for the July-September 2022 period, as the business reported a net loss of some $545 million.

“Q3 was a mixed quarter for Coinbase. Transaction revenue was significantly impacted by stronger macroeconomic and crypto market headwinds, as well as trading volume moving offshore,” Coinbase said in the letter.

“Meanwhile, we saw strong growth in our subscription and services revenue, driven by our participation in the USDC ecosystem and higher staking activity. While the macro headwinds are beyond our control, we continue to focus on factors within our control: narrowing our product focus to deliver amazing customer experiences and reducing our operating expenses,” according to the exchange.

Coinbase saw its transaction revenue drop by 44% quarter-on-quarter to $366 million. However, on a more optimistic note, the exchange’s “subscription and services revenue increased 43% sequentially to $211 million, driven by higher interest income. Q3 net revenue was $576 million, down 28% compared to Q2,” the letter said.

Armstrong’s latest announcement comes in the aftermath of the collapse of Coinbase’s rival exchange FTX which has filed for bankruptcy. As FTX is advancing through its voluntary Chapter 11 proceedings, Bankman-Fried, who is the company’s founder and former CEO, is making efforts to raise new capital with the aim of making the collapsed firm’s customers whole in spite of bankruptcy filings.

The highly controversial entrepreneur has announced he is “meeting in person” with both potential investors and regulators to do what they can for customers. “And after that, investors. But first, customers,” Bankman-Fried said in a tweet.

13) My goal—my one goal—is to do right by customers.

I’m contributing what I can to doing so. I’m meeting in-person with regulators and working with the teams to do what we can for customers.

And after that, investors. But first, customers.

This said, the criticism FTX’s former CEO has attracted due to his irresponsible management of the bankrupt exchange could make it very difficult for Bankman-Fried to convince investors to inject major funds into his future ventures.