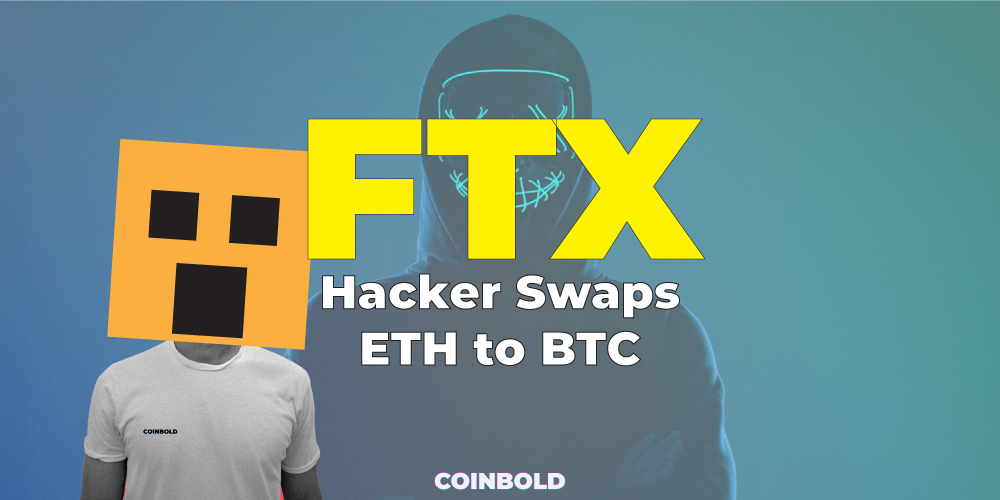 What will occur if the FTX hacker is unable to extract 270 million ETH without being discovered? The hacker started trading millions of dollars’ worth of ETH for Ren Bitcoin (renBTC), and then dumped it on a day when it was difficult to sell (Sunday). Ren Protocol is an interoperability initiative for DeFi that is being supported by SBF’s Alameda Research.

The reason why the FTX Accounts Drainer address converts ETH to renBTC and then trades it for WBTC is most likely due to the fact that BTC is more decentralized, less likely to have its transactions blocked, and maybe simpler to launder.

The Ren Protocol’s tokenized bitcoin product, known as RenBTC, is now the most valuable bitcoin asset in the DeFi ecosystem. A user is able to transmit bitcoins to the RenVM, which subsequently generates renBTC that is a representation of the user’s original bitcoins. RenVM maintains the user’s initial money, which enables the process to be reverted to its previous state whenever the user wants to collect their bitcoins.

According to data cited by security firm PeckShield, the hacker transferred over 5,000 ETH and another 35,000 ETH to a new wallet in three separate transactions.

Following that, the new wallet began converting those ETH to renBTC via the decentralized exchange aggregator 1inch.

The Ren virtual machine accepts tokens on one chain and creates new tokens representing the original ones on another chain through its RenBridge.

FTX Accounts Drainer currently holds 185,735.28 ETH and has transferred 50k ETH to the new wallet 0x866E, which then swapped these ETH for 3,517 renBTC and bridged out.

The FTX Accounts Drainer wallet is still dumping ETH and renBTC from a new wallet 0x8059.