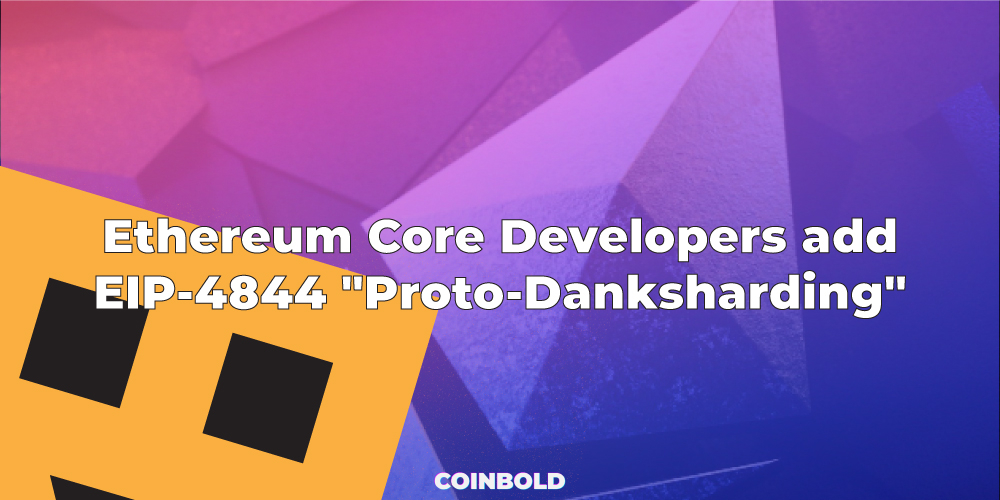 The “Shanghai” hard fork upgrade will include Ethereum Improvement Proposals (EIPs) and may include proposals to address scalability issues. According to the Ethereum core developer meeting, EIP-4844, also known as “proto-danksharding,” is in the CFI.

EIPs that are “considered for inclusion” (CFI) indicate that the developers will commit to developing these proposals and testing them on developer networks (devnets). However, there is no guarantee that all of these proposals will be included in Shanghai.

EIP-4844 is the first step in making the network more scalable through sharding, a method that divides the network into “shards” to increase capacity and reduce gas fees.

To be more specific, “This EIP introduces blob transactions in the same format as they are expected to exist in the final sharding specification. This provides rollups with temporary but significant scaling relief by allowing them to initially scale to 0.25 MB per slot, with a separate fee market allowing fees to be very low while usage of this system is limited.”

The “blob-carrying transactions” contain a large amount of data that cannot be accessed by EVM execution but can be accessed through commitment.