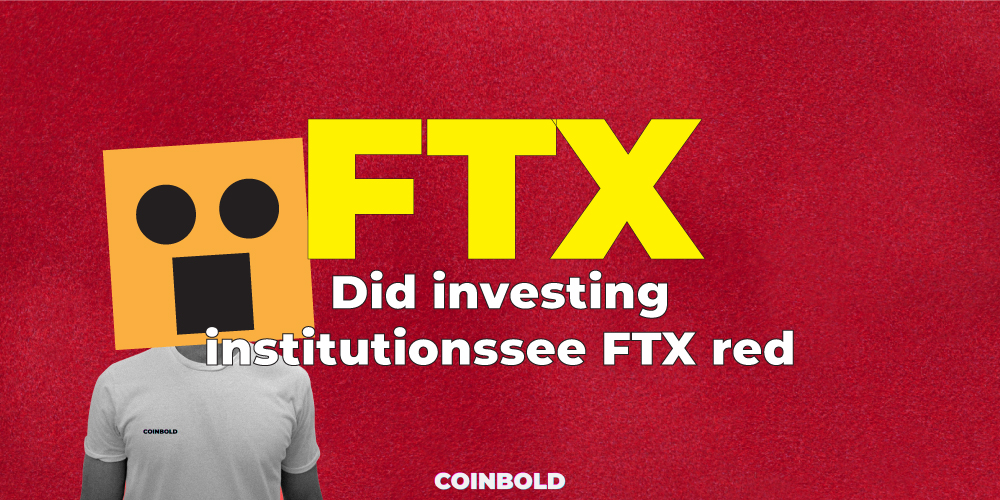 Crypto may very well alter the world, but it became an issue when many intelligent individuals who control these institutions, such as Temasek, SoftBank Group Corp., and Tiger Global, chose to ignore the warning signs that were being shown. The bankruptcy and subsequent collapse of FTX brought a stop to the willing suspension of disbelief that had been sustaining the bull market.

The price of FTX’s native FTT token plummeted, which caused many users to withdraw their cryptocurrency, which was the beginning of FTX’s issues. In spite of this, though, it exposed a massive ecology of imagination and falsehood.

With Sam Bankman-Fried at the helm, the appropriate objectives might be hedge funds, venture capital companies, and other professional investors, in addition to the biggest investment firms in the world, who showered SBF with cash.

These companies, despite the acclaim they have received for their investment skills, failed to notice a great deal of warning signs, such as Bankman-lack Fried’s of professionalism when he played a videogame in secret during a Zoom interview with Sequoia Capital in order to get funding from them.

Or when Brett Harrison, who was serving as the president of FTX’s US subsidiary at the time, tweeted that the company kept the assets of its clients in bank accounts that were guaranteed by the FDIC. After the authority figure deemed Mr. Harrison’s tweets to be “false and misleading,” he issued an apology and removed the posts.

“What you get is a crazy f***ing process that does not look at all like the model of efficient markets that you would anticipate. [Venture investors] listen in on the conversations that their circle of friends are having, and those people continue to bring up this particular firm… then they begin to experience FOMO, often known as the fear of missing out, and then they try to find a method to participate in that…. And throughout it all, you find yourself wondering, “How can we justify: Is this a smart investment?” To put it another way, all of the models are fictitious…. You base the valuation of [businesses] on a model that was created by someone who already has the asset that is being sold. Therefore, it is to be expected that the figure would climb between now and 2025, is that correct? It is going to increase by a number chosen at random. And you can find an argument to excuse everything.

The issue that has to be answered is how everyone could have missed the warning signs.

And now, as a result of this, there has been a loss of wealth equaling billions of dollars, in addition to a further increase in suspicion about cryptocurrencies at a time when the sector might benefit from a vote of confidence.

As Minneapolis Fed President Neel Kashkari stated, crypto, in general, is “nonsense,” calling into question some of the benefits most frequently cited by crypto supporters.

“This isn’t a case of 1 fraudulent company in a serious industry,” Kashkari said on Twitter, commenting on an article about how investors fell for FTX. “Entire notion of crypto is nonsense. Not useful 4 payments. No inflation hedge. No scarcity. No taxing authority. Just a tool of speculation & greater fools.”

And billionaire Charlie Munger blasted crypto as a “demented” enterprise riddled with “fraud” and delusion,” referring to digital currencies as a “very, very bad thing” ripe for exploitation by bad actors.