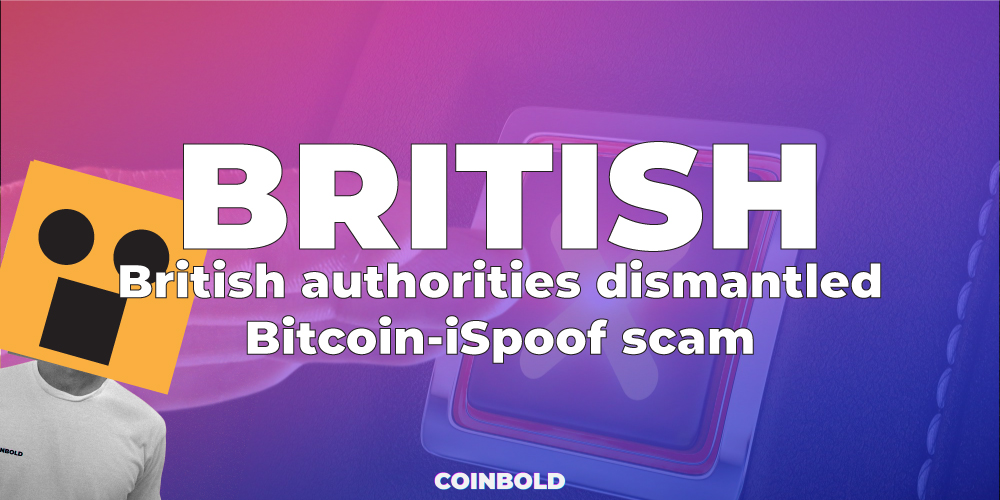 The internet spoofing site known as “iSpoof.cc,” which enabled hackers to steal money from victims by pretending to be reputable businesses, was shut down by an operation carried out by the authorities in the United Kingdom. The cryptocurrency Bitcoin was accepted as payment for iSpoof software by criminals.

In order to shut down the website, the Cyber Crime Unit at Scotland Yard worked in conjunction with other law enforcement agencies from across the world, such as the National Crime Agency and the authorities in the United States and Ukraine.

iSpoof was a company that offered “spoofing” services, which meant that it enabled paying customers to conceal their own phone numbers by replacing them with the numbers of reputable companies. These companies included financial institutions such as Barclays, Santander, HSBC, Lloyds, Halifax, First Direct, Natwest, Nationwide, and TSB.

According to the Metropolitan Police, iSpoof had roughly 59,000 users and was responsible for causing losses of £48 million to 200,000 people in the United Kingdom who were recognized as victims. There was one victim who claimed a loss of £3 million, while the average loss recorded by the 4,785 victims who have been targeted by “Action Fraud” is £10,000.

The Metropolitan Police said that it was able to identify and arrest another 100 iSpoof members in the United Kingdom by using bitcoin payment data that were located on the site’s server.

Commissioner Sir Mark Rowley said that “There is something kind of little strange about this, isn’t there, which is why we’re urging people to really go on to the Met Police website, and they’ll find the shortcuts and connections there to report this.”