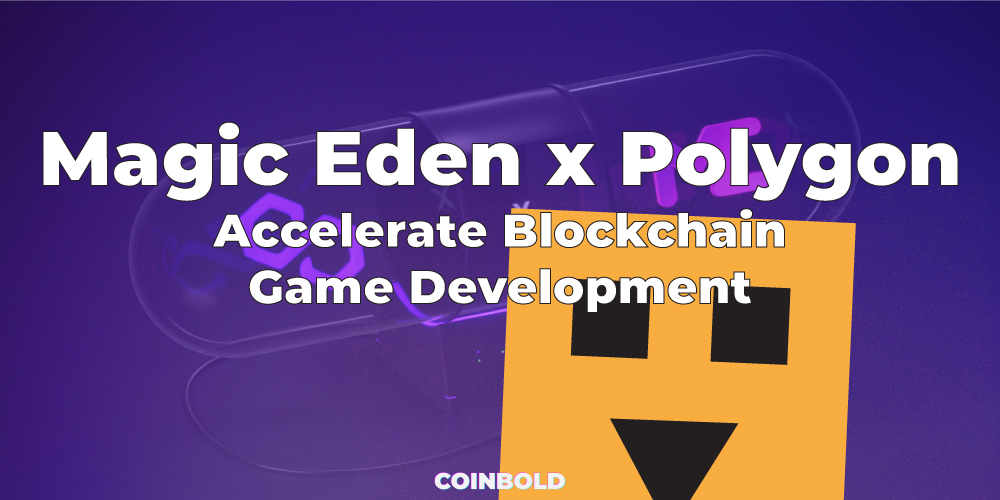 In order to attract the next billion people to the metaverse, the top cross-chain NFT marketplace, Magic Eden, is merging with the Polygon network. This will speed up the creation of innovative blockchain-based games and the entry of major companies into Web3.

Because of this connection, Magic Eden will be able to collaborate closely with influential owners of strategic intellectual property, budding innovators, and developers of games of the highest caliber. In this manner, the integration will concentrate on furnishing creators with tools, such as a launchpad and marketplace that are connected to Polygon’s native token MATIC.

The cooperation has already resulted in significant business relationships for Magic Eden, including those with industry heavyweights like as BORA by Kakao Games, nay, IntellaX, Boomland, Planet Mojo, Block Games, and Taunt Battleworld.

These games are prepared to make their debut on the Polygon Launchpad, which is planning to launch in the month of December. As a result, these games will be able to take use of the market-leading distribution and go-to-market skills that Magic Eden has. This expertise includes pre-launch timetable planning, project/concept positioning, and linkages to Web3 communities.

Following this, Magic Eden will also be putting out further Polygon support for NFTs like a Drop Calendar, analytics, and the Magic Eden List, all of which will assist NFT discovery and trading.

Magic Eden’s extension to the Polygon blockchain, as stated by Sandeep Nailwal, co-founder of Polygon, would provide greater ease-of-use, speed, and value to the NFT marketplace, as well as expose Polygon users to a new user-friendly NFT platform. This was said by Sandeep Nailwal.

“We’re excited to work alongside Magic Eden and help the project achieve its goals of bringing the next wave of users into Web3.” He added.