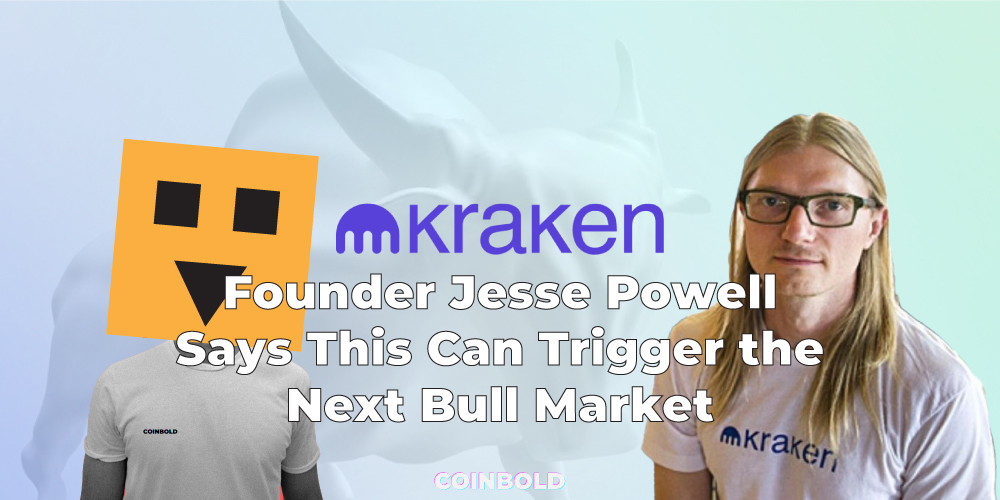 Jesse Powell, co-founder and former CEO of cryptocurrency exchange Kraken, has predicted that the upcoming Bitcoin halving can trigger the start of the next bull market.

Powell, who appeared in an episode of the Bankless podcast, talked about the overall state of the crypto industry following the unprecedented collapse of FTX and speculated what could propel the space out of the ongoing bear market.

“It’s just a massive hit to lose $10 billion in capital from this industry. To have that just stolen away, that could’ve gone to great stuff and moved this industry forward. So that’s going to take some time to recover from,” he said.

Powell went on to say that the aftermath from FTX caused billions of dollars in damages for many retail users in addition to institutions, leaving the cryptocurrency sector with an image that has to be repaired, which will eventually take some time. On the other hand, he said that the second Bitcoin halving, which is anticipated to take place in the first half of 2024, may be the next positive driver for the market.

“Obviously, prices are depressed as a result of all this as well, so I think we’re going into an even deeper bear market winter. It might be protracted, we don’t have another Bitcoin halving until March 2024. It’s going to be some time, and I think that’s sort of the next kind of big event that might cause us to bounce out of a bear market.”

The pace at which new bitcoins are introduced into circulation is halved about once every four years. This event is referred to as the “halving.” In addition, the incentive for mining Bitcoin transactions will be reduced in half, which will result in a smaller total amount of new supply available even while demand will continue to rise.

Powell said that the failure of FTX will not be the last unfortunate event to occur in the cryptocurrency field, but he is still confident on the industry’s long-term prospects.. He added,

“I think there will continue to be bad actors that come in that we have to get out. There’s going to continue to be blows against the industry, and misleading information out there. Ultimately I think we got to remember why crypto is here in the first place, and that’s to deliver Bitcoin and financial freedom basically to the whole world,”