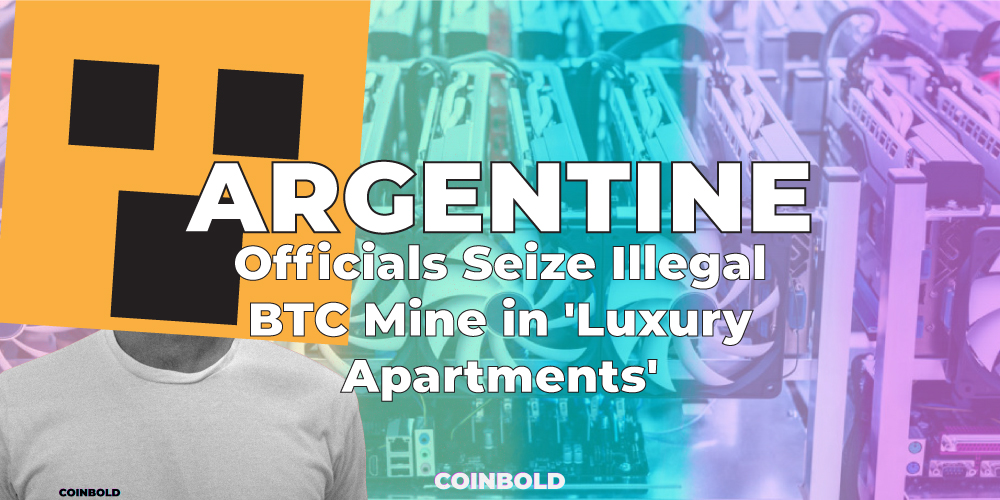 The Argentine tax authority is targeting residential premises in its campaign against illegal cryptocurrency mining. An illicit Bitcoin (BTC) mining operation was dismantled by police in a “high-end” apartment building in a posh neighborhood of La Plata, Buenos Aires Province.

The tax agency, known locally as the AFIP, raided a farm earlier this month and discovered coin-mining equipment valued at $20 million there.

However, in the most recent seizure, police reportedly conducted a search of the residence and discovered operational, unlicensed bitcoin mining equipment that was linked to the internet. The rigs, according to the AFIP, were hidden inside a “container” that was tucked away on the complex’s terrace.

The gear, according to the police, included 180 “video cards utilized for Bitcoin mining.” They said that the market worth of the equipment was “greater than $45,000,000.” They said that it had taken “more than eight months” for the crypto mining equipment to be uncovered.

The owner of the complex seems to have been the brains behind the farm, since the tax authority said that the “owner of the property” was “being probed.”

But the AFIP found that the power points on the terrace had been registered “in the name of a third party”, a “maneuver that helped the farm’s concealment,” Ambito reported.

The raid was conducted in conjunction with the La Plata Regional Directorate of the General Tax Directorate.

Crackdown on Argentine crypto miners that are not registered

Officers said that they were looking into “activity” at “two additional homes” to see whether or not a link could be made between the incidents.

During the operations that took place this year, the AFIP was able to prevent the unlawful export of cryptocurrency mining rigs by discovering them concealed inside a shipping crate that was also containing children’s toys and cattle prods.

They have also carried out an operation on a farm in the San Juan Province, where the miners concealed their rigs in an area that was designated for the chilling of fruit.