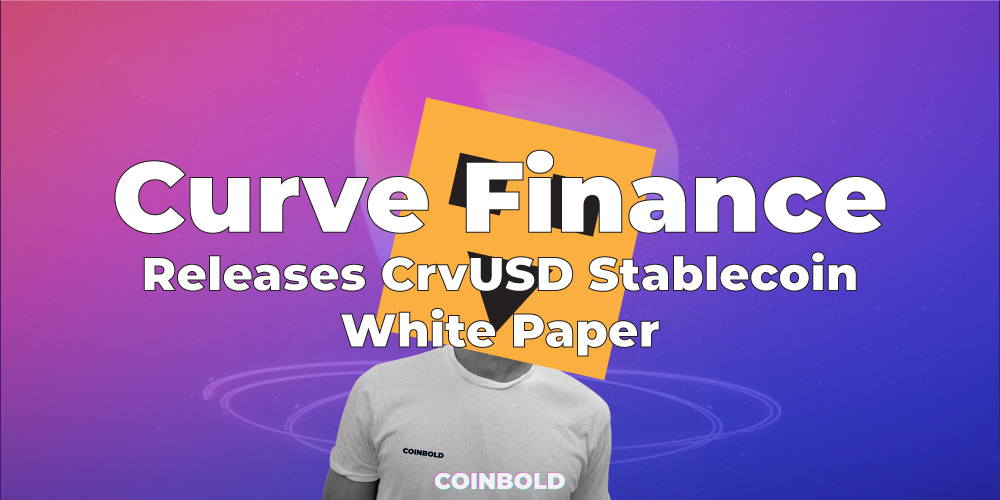 One of the largest DEXs and automated market makers (AMM) Curve Finance has published its long-awaited crvUSD stablecoin white paper on GitHub.

The whitepaper was written by Curve founder Michael Egorov.

The “Lending-Liquidating AMM Algorithm,” also known as LLAMMA, is a mechanism that was designed to improve upon the cumbersome liquidation mechanisms of stablecoin competitors. This feature of the DeFi protocol Curve ecosystem is self-proclaimed to be the most impressive aspect of the entire ecosystem.

If the LLAMMA detects that the price of this collateral is falling, it will immediately convert your portfolio’s holdings into crvUSD. If there is a subsequent increase in price, your collateral will be repurchased. Therefore, rather of occurring all at once, the process takes place gradually within a continuous range, as stated in the statement.

The source code for crvUSD, often known as Curve’s Dollar, was published on GitHub by Curve Finance in September.

Because of the way the LLAMMA ecosystem is designed, every kind of collateral acts as its very own publicly traded asset management module (AMM). Curve DAO tokens, also known as CRV, are the platform’s native token and are distributed in the form of incentives to liquidity providers on Curve Finance. The stablecoin will be of assistance to these tokens.

In order to connect the collateral asset and the stablecoin, the LLAMMA acts as a bridge. Instead of having separate “vaults,” the collateral that is required in order to manufacture or borrow stablecoins is put to this market-maker.

This not only functions as a continual liquidation mechanism for collateralized debt positions, but it also makes the market for the collateral and the Curve stablecoin more liquid.

Because it will be overcollateralized with crypto assets, the crvUSD stablecoin will operate in a manner that is similar to that of MakerDAO’s DAI stablecoin.

There are still many questions that have not been addressed, such as which launch pairings will be used.

According to CoinMarketCap, the value of Curve DAO Token (CRV) has surged by 16.67% in the last twenty-four hours.